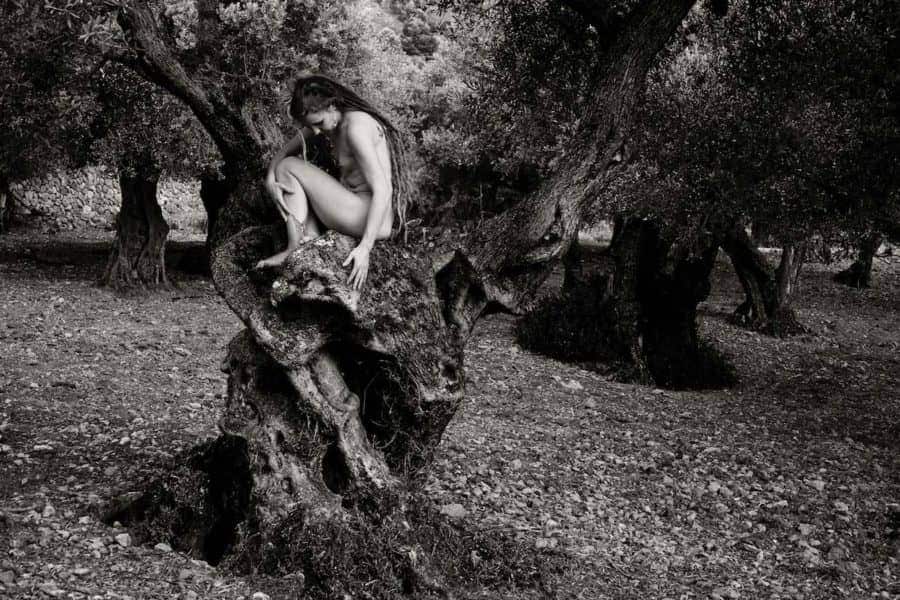 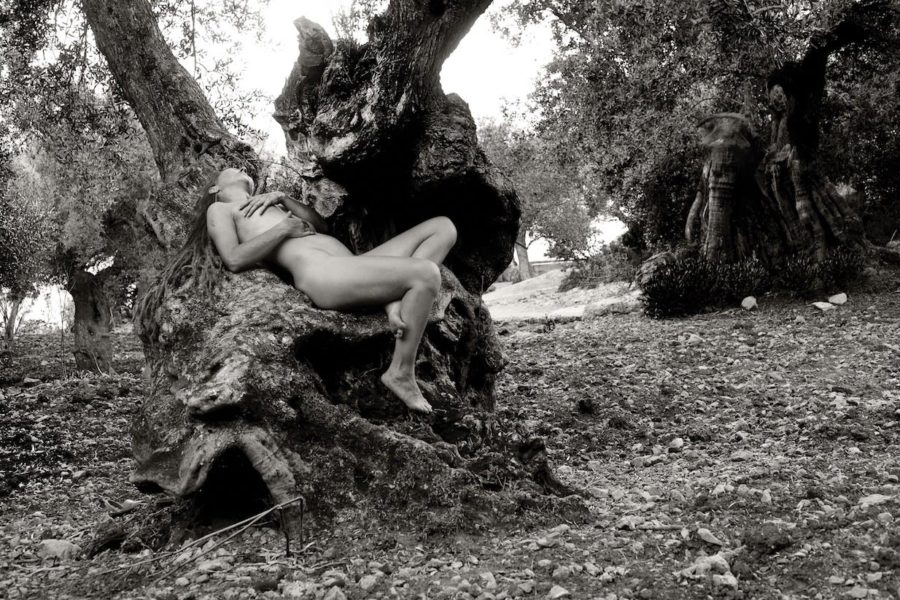 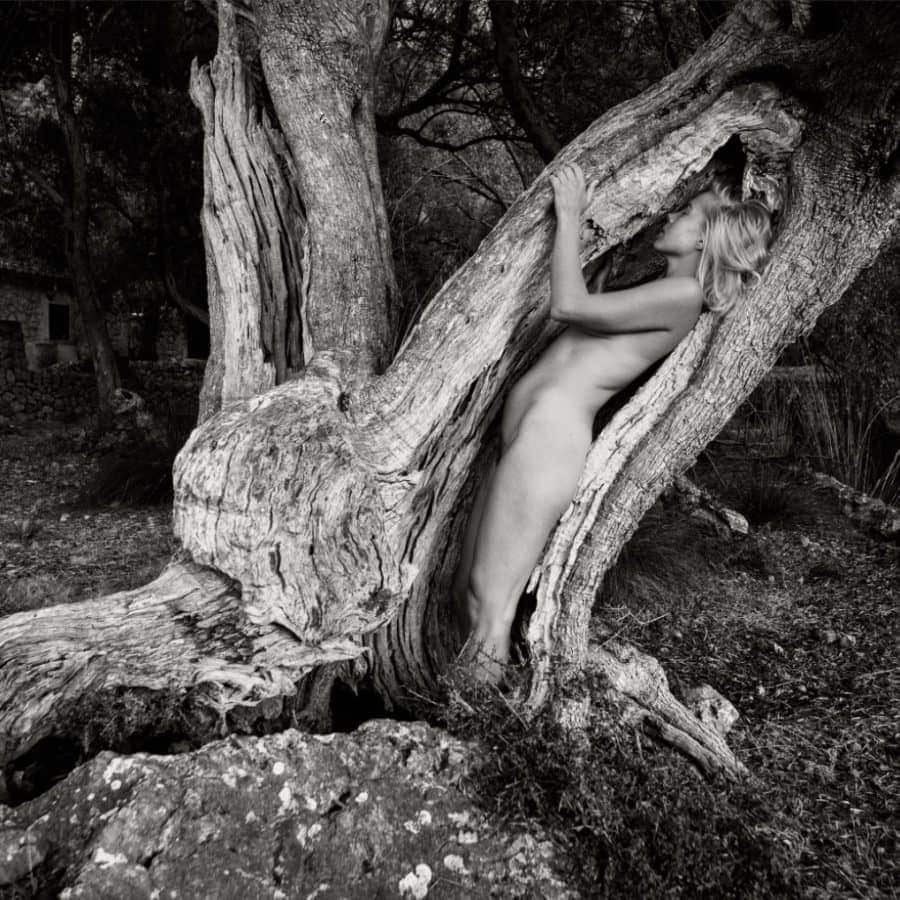 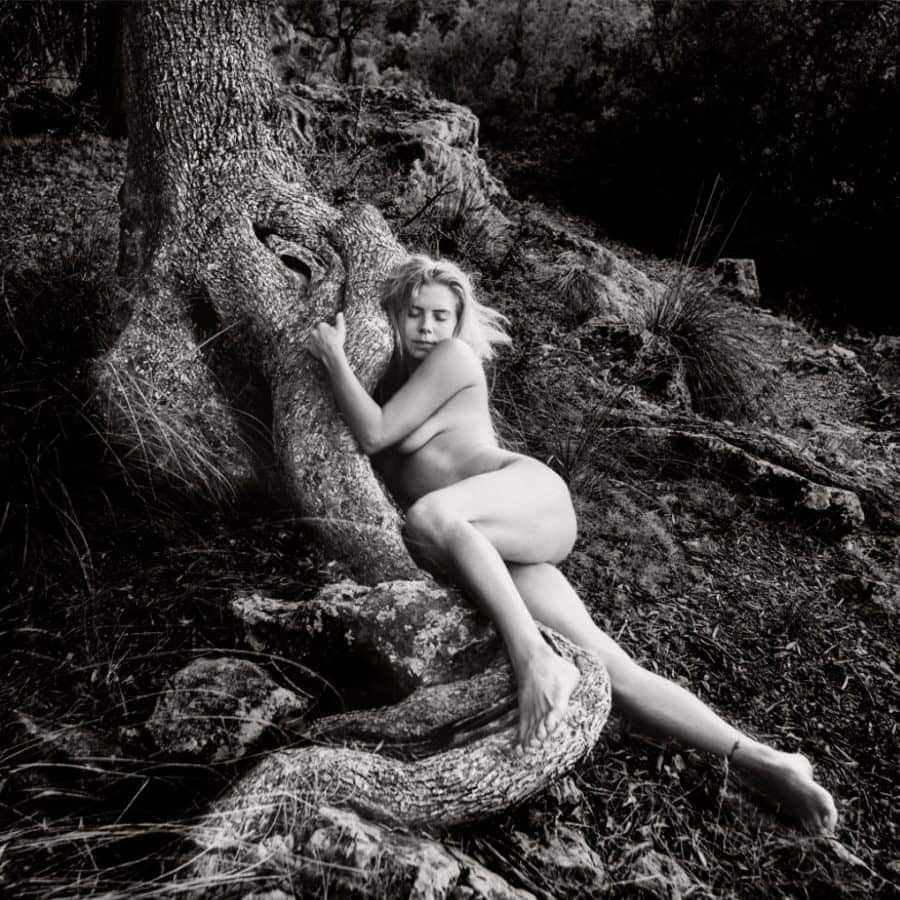 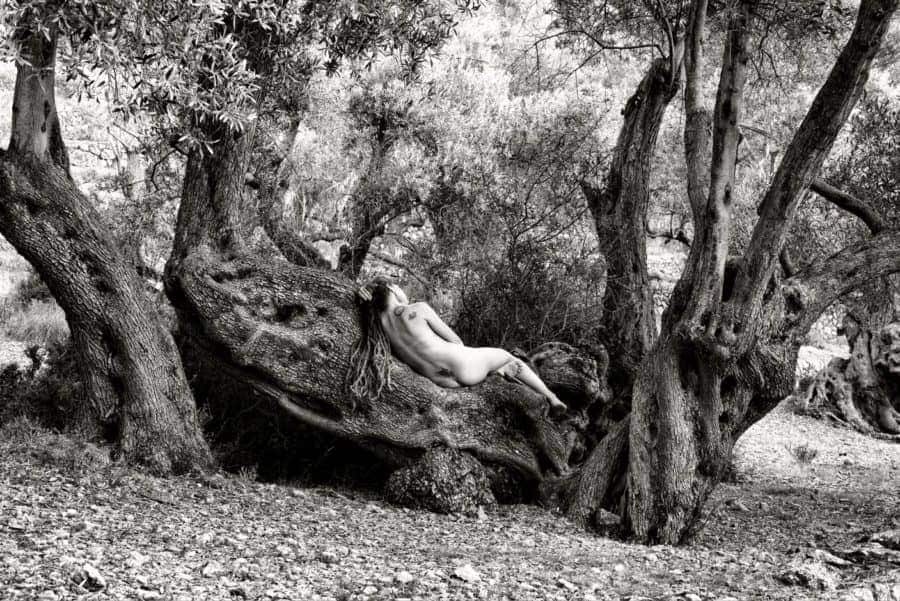 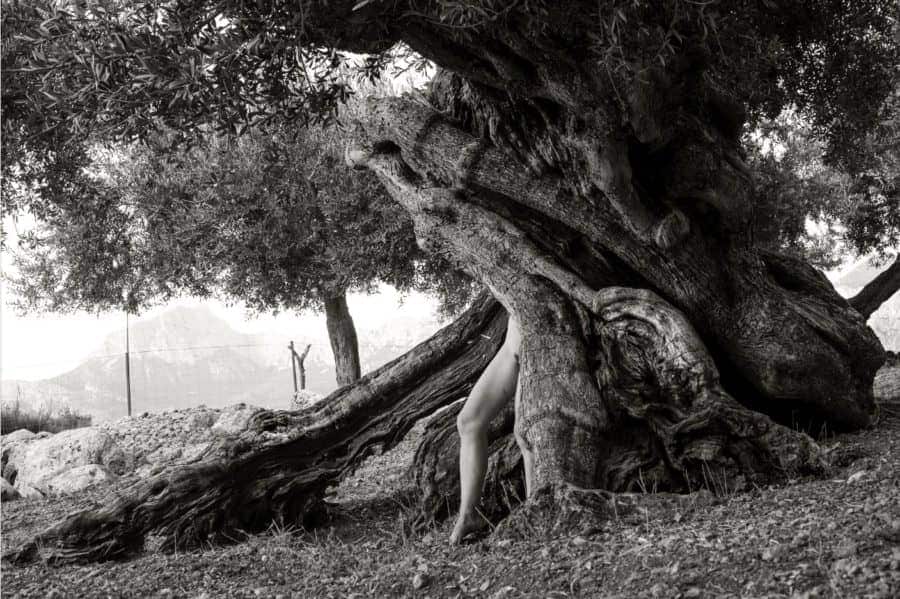 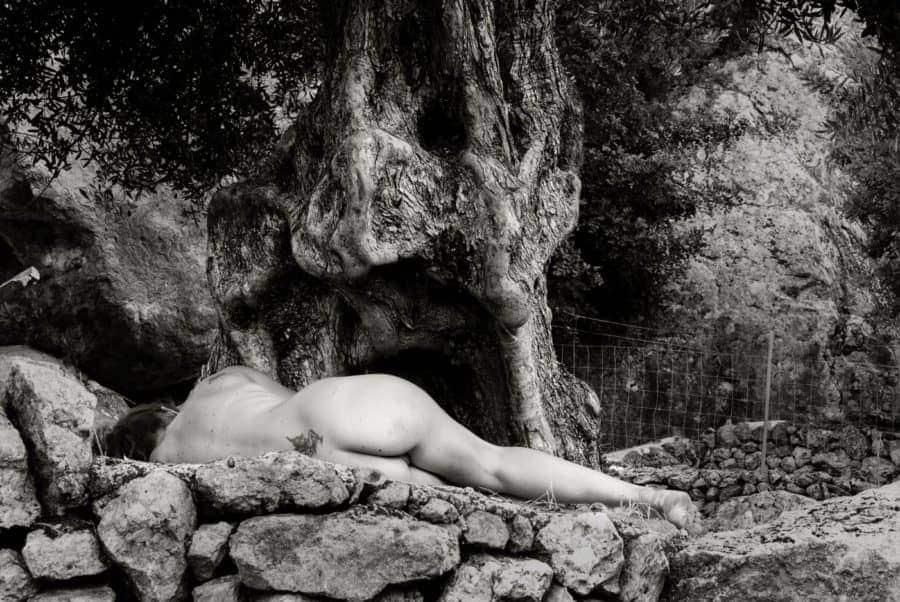 A visual investigation on the origin of the myths of Greek mythology.

My hypothesis is that during the veneration of the white goddess, that is, at night under the lights and shadows projected by the moon, with only a minimal capacity for observation, each and every one of mytological figures appears embedded in the shadows of the ancient olive trees.

The Phoenix bird, the Gorgoras, the Minotaur, the Harpies, etc. surely they did not come out of simple imagination but in a watchful gaze under the influence of the White Goddess, sometimes complemented by the absorption of some fantasy-activating concoction.

In this work the White Goddess is symbolized by a female image integrated or forming part of the olive tree.

In the age of copper and bronze and the Minoan culture, women represented the link between earth and sky.

The olive tree in civilizations.

Egyptian civilization
The symbolism of the olive tree transcended life, since they placed an olive branch in the sarcophagi of the deceased.

Ancient Greece
The Olive Tree in Ancient Greece was considered a magical tree that symbolized immortality, life, victory, fertility and peace.
In fact crowns of olive branches were awarded to the winners of the Olympic Games.

Christian religion
Jesus used to meet and pray with his disciples on the “Mount of Olives”. Noah knew that the waters had receded over the Earth when the dove returned with an olive branch. Hence, peace is symbolized by a dove carrying an olive branch.

Jewish religion
Oil is a symbol of Divine Blessing. In the Menorah, the seven-branched candlesticks, the Jews use olive oil. The ancient Hebrews used the oil for religious ceremonies, sacrifices, and even to anoint priests.

Muslim religion.
For Muslims, the olive tree and its oil are allegorically related to the Light of God that guides human beings.